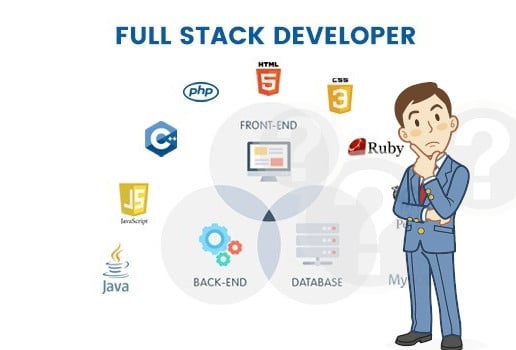 There are a number of popular web development languages on the market. Among them are C++, JavaScript, Python, PHP, and Ruby on Rails. If you’re just starting out with this industry, it can be difficult to know which language to learn, and which is best for your specific needs. Here are some tips to help you choose the right language for you.

JavaScript is a programming language designed to make web pages more interactive. It was originally developed for browsers, but has since expanded into desktop applications as well. It can add elements and functionality to a webpage and can also manage the back-end of a website.

While HTML is the standard for structuring a web page, CSS is the language used to determine the appearance of a web page. It is responsible for style and formatting.

While JavaScript was initially created to make HTML easier to use, it has become a mainstay in the web development industry. It can add interactivity to a page and can manipulate elements in the document object model (DOM). It is even used to create simple games that are played in the browser.

Although it was never envisioned as a universal language for the web, it is now the leading language for web development. It is supported by all major web browsers and is a part of their core engine.

Whether you’re an experienced developer or an aspiring one, you need to learn JavaScript. It is not hard to get started. It is also a powerful tool to have on your belt, and there is a growing demand for it.

C++ is a foundational programming language that has been around for nearly 40 years. It is used in many areas of software and hardware, including operating systems, web development, database software and gaming consoles. Its use is expanding as time goes on.

Most programs in the computer industry are built in C++. Some of the most popular applications are in web development and games. It is also the main language for embedded systems. Developing apps that are compatible with the Internet of Things is another big application for C++.

C++ is a great programming language because it has good concurrency support. This helps you make sure that you’re able to keep your systems running smoothly. It is also useful for a variety of other tasks. For instance, you can use it to create motion graphics and virtual reality experiences. You can also use it for inter-processor and network communication.

Its speed means that you can get your content onto a webpage faster. It also allows you to better target your audience. You can rewrite your websites in C++ to expand your reach.

C++ is also very adaptable. It has a large community of users and developers. Its libraries are tested thoroughly and thoroughly documented.

Python is one of the most popular languages in the world, and it is used by hundreds of thousands of developers for web development and other projects. The language is also a popular choice among data scientists and software testers. Its easy to learn syntax makes it a good choice for a variety of applications, and its flexible structure makes it an ideal language for rapid development.

The language is supported by a large developer community, which means developers have access to a wide variety of resources to help them with their projects. Its open source nature allows developers to learn and share with others, and the community is constantly improving the technology. Its robust libraries and frameworks help it integrate with nearly all programming languages.

With its speed and ease of use, it is an excellent choice for developing web solutions. It is also a great fit for web developers looking to develop an MVP or build a system application with graphics.

In fact, Python is so popular that it is predicted to overtake JavaScript as the most used programming language for web development in the next few years. The advantages of using the language are obvious, and many companies will be looking to take advantage of the language as soon as possible.

Ruby on Rails is a software framework that was developed by David Heinemeier Hansson. It is an open source server-side programming language. It is perfect for building high-performance web applications. The Ruby on Rails community includes a robust forum, an active community, and a lot of support for users.

Rails is designed to combine the power of HTML and CSS with the productivity of a Ruby programming language. It also comes with a wide range of free open-source libraries.

The best thing about Ruby on Rails is that it saves time. With Rails, it is possible to build a high-performance web application in less time than it would take to write the code manually. It is also easy to use, with a small learning curve.

Ruby on Rails uses conventions to structure the code and the application. These conventions help make it possible to write simple, efficient web applications with just a few lines of code.

In addition to the code re-use, Ruby on Rails provides a very good testing framework for developers. It is also very easy to change the database schema and migrate to other platforms.

Another feature of Ruby on Rails is its robust security system. The GitHub website has over 66 million active projects, making it one of the top choices for source code management. The GitHub Ruby on Rails community is very supportive, with a lot of help for users and their code base.

Clojure is a language that is rapidly gaining popularity in the world of web development. Its dynamic system allows programmers to redefine their own functions. It also has a number of features to help mold an expressive programming language.

Clojure is built on the JVM and offers many useful tools to aid in your quest for creating a web application. One such feature is a remote REPL. This means that you can communicate with the host directly, rather than just navigating to it in a browser.

Clojure was designed to be functional and practical, with the goal of making programming easier for the average person. It is also a great alternative to Java’s verbosity.

In the world of programming, there are many languages to choose from. Whether you’re a beginner or an experienced developer, you can use the power of Clojure to improve your productivity and achieve your goals.

Some of the most popular uses for Clojure include building domain-specific languages, or DSLs. They are often used in the financial industry, including in the banking and retail sectors. However, it’s also becoming increasingly popular in the healthcare and IT industries.

There are also a plethora of functions to transform data. These include a range of map and list types.

Erlang is a general-purpose concurrent functional programming language. It was designed to build highly available and scalable systems. It has built-in support for fault tolerance.

In addition to being used for real-time systems, Erlang has expanded into the fields of telecommunications, e-commerce, and banking. Many leading companies such as Amazon, Klarna, Goldman Sachs, Pivotal, and T-Mobile are currently using Erlang to develop their applications.

The main strength of Erlang is its support for concurrency. Its simple concurrent model makes it easy to build fault-tolerant applications. Its built-in distributed processing and message passing features allow components to run on one machine while being requested from another.

A typical Erlang application is composed of hundreds of small processes. Each process has a mailbox, a queue of messages sent by other processes. Those processes are lightweight, and have low scheduling overhead.

Each process can also become a supervisor, which manages the lifecycle of child processes. Whenever a message arrives in the mailbox, it is analyzed and the appropriate process is spawned.

A typical Erlang process has a relatively small memory footprint. The bytecode that is written by the process is converted to threaded code at load time. The bytecode is then stored in funs, containers for a fixed number of Erlang data types.

Among the various programming languages, PHP is the most popular one for web development. This open-source platform allows developers to create fast, scalable websites. Moreover, the language is easy to learn and use. It has a wide developer community and offers numerous frameworks and libraries. It has first-class integration with C and offers many tools for mathematics and data science.

Since PHP is an open-source platform, there are no subscription fees. This makes it an affordable option for responsive sites. The language is also scalable, which means it can handle large databases. It is a good choice for developing REST APIs. It can also be integrated with third-party CMS solutions.

PHP is a good choice for new web developers who are looking to show off their coding skills. The language is free and offers extensive documentation. It is also easy to troubleshoot problems.